“The report of my death was an exaggeration.”*

Mark Twain wrote these words in 1897 and just as a rumour had buried the great novelist before his time, today many throughout all sectors of business are ringing the death knells of permanent recruitment companies. We do a significant amount of recruiting at Seuss Consulting, so this, ahem, is always an interesting topic to us. In our experience, there will always be a demand for excellent recruitment companies, especially in the pharmaceutical and biotech industries. As we look at recruiting pharma and biotech employees, let’s first examine some of the major operational, cultural and technological developments that are pressuring recruitment companies in general. Disclaimer: This blog was previously posted by Seuss Consulting and has been slightly modified for Seuss Recruitment. 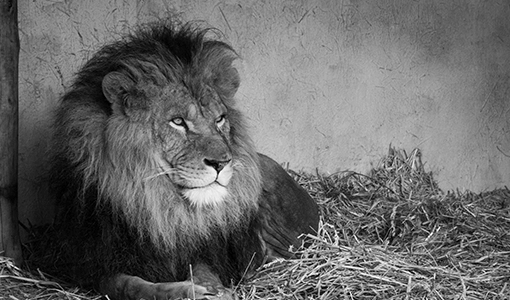 Cost control, or not?

Every large business organisation goes through cycles of cost cutting and over time each department is repeatedly subjected to scrutiny. The question of which functions should be performed “in-house” versus which to farm out is always asked, and often the answers aren’t the same from year-to-year and management-team-to-management-team. In fact, you don’t have to look hard to find that outsourcing some business functions goes in and out of style much like pant legs go from looser to tighter and then back to looser. In the area of pharmaceutical recruitment, a company develops an internal department and fills it with staffing agency professionals. The company is then able to ask, “Why pay for the same work we can have done in house?” The next phase is when corporate leaders begin to wonder why they are carrying their own recruitment arm when it’s a function that is often under-utilised and can be effectively out-sourced. You see how this works.

The other trend that’s questioning the viability of recruitment companies is the growth of social media. With sites such as LinkedIn, Xing and others, it seems much easier today to tap into a global talent pool. Major professional recruiters around the world are developing teams that do nothing more than leverage social media to find good candidates. We’ve also seen some “virtual recruiting agencies” try to become established, although they are often really not much more than a network of freelancers or professional recruiters doing a little moonlighting. Social media can certainly be a good recruitment tool, but if we’ve learned one thing from both our personal and professional lives, it’s that social media can gobble up time like Godzilla consumes Japanese urban centers. And despite the meteoric rise of social media, some 50 percent of the professionals working for pharma, biotech and medical device companies are not in LinkedIn or other relevant social media. Without traditional headhunting, you’ll miss these less hunted gems.

Matchmaker, make me a match

Probably every culture has its version of a matchmaker. In the Bible, Abraham sends his servant Eliezer to find a wife for his son Isaac. Jewish matchmakers, shadchanim, are still much in demand among Orthodox Jews. In China, the title is Yue Lao, which literally means “the old man on the moon.” And if you watch cable television, you know that “The Millionaire Matchmaker” is one of the most popular shows on Bravo TV. It’s a profession that survives because it works for people and many of the same principles that make it a success in personal lives transfer to the professional realm. Because of their bigger view and wider experience, recruiters often know which candidates are the better match for a company than in-house hiring managers. As recruiters we work with a wide array of personalities in the candidates we place along with an equally wide variation of corporate and country cultures. Further, we are deeply invested with both our client companies and the candidates we present. We are only successful when the “match” is mutually beneficial. Professional athletes like to say that they give 150 percent. If they can get away with that, then we’ll say that successful professional matchmaking in the life sciences is 50 percent understanding the company’s needs, 50 percent recognizing the candidates’ strengths, and 50 percent intangible. *This is often misquoted as, “Reports of my death have been greatly exaggerated.”